The Calm Within the Storm ~ Michael Kelberer 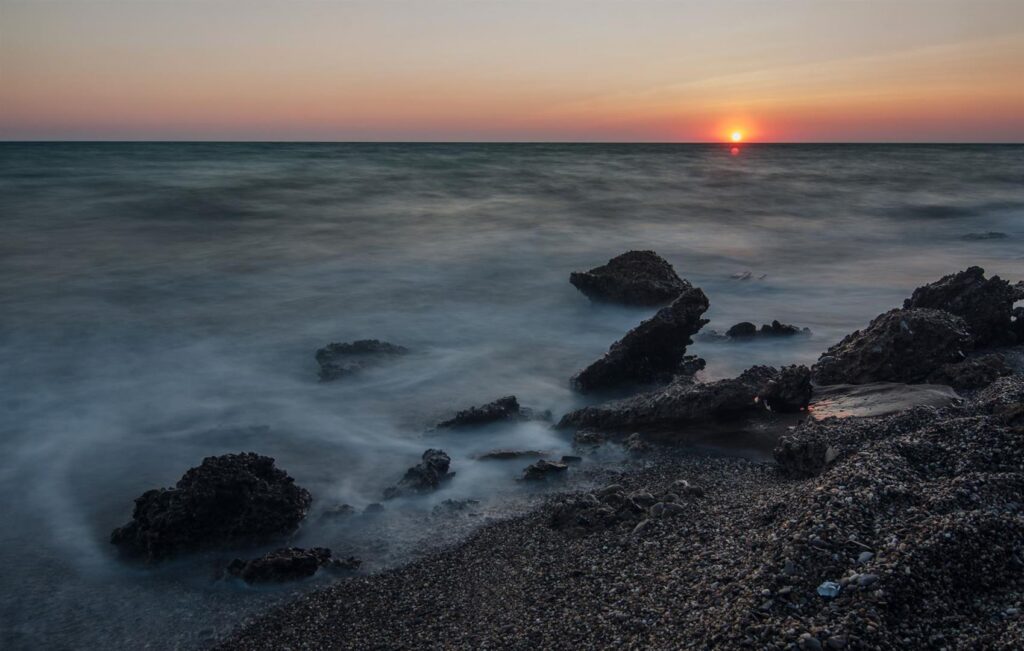 By all accounts the Dalai Lama is the embodiment of equanimity. In the face of persecution, a lifetime of exile, the responsibility of both an entire nation and an entire religion, he has always seemed grounded, open-eyed and to be acting from a base of strength.

That’s not me. Mostly I’ve been Dorothy: seeming to live a calm life in Kansas, but with the first heavy wind – wham! I’m in Oz without a red slipper in sight.

Depending on my emotional weather, the portable storm cellar I constructed for myself has varied over the years from alcohol to ice-cream, denial and more ice cream, emotional shutdown…you get the picture. While studying mindfulness, however, I heard about equanimity and balance as solutions to life’s pain and suffering. But deep down I couldn’t imagine they were anything more than mental tricks to create the same good feeling as ice cream (without the fattening side effects).

Recently, though, I read a great article by Sharon Salzberg in Lion’s Roar magazine entitled, Calm in the Midst of Chaos, that focused on equanimity. Not only did the article reshape my understanding around the topic, it also spurred me to consider: which mindfulness practices can help me achieve such balance?

As I pored over the article, a couple of meaningful points I especially appreciated talked about staying present and centered. How am I supposed to do that?

Sharon Salzberg says that equanimity starts with mindfulness. By bringing ourselves into the present moment, by pausing between stimulus and response, we give ourselves the opportunity to expand our awareness beyond the immediately buffeting winds of life. And in this spaciousness we can make choices with our whole selves, not just the part that’s reacting to whatever strong emotions those winds have triggered.

Reading this, I remembered that this expansiveness is exactly what happens when I remember to do more concentrated mindfulness practices like Awareness of Breathing, Listening Meditations and the Body Scan. And for immediate relief, informal practices like the S.T.O.P. practice or Two Feet and a Breath have proven to be really helpful.

Salzberg likens being in a state of equanimity to the steadiness of a gyroscope. No matter how strongly a gyroscope is buffeted, it always returns to its center. It feels the winds but its core strength makes it remain in a balanced state.

When I thought about it, I realized that I have two things that help pull me back to my center in the midst of crisis: my core values and my purpose in life. These can be the gravitational center that can right my life when overwhelm threatens. Even if this reconnection with core values or purpose doesn’t “solve” my present storm, it can help me feel more secure, clear-eyed and serene in the face of troubling times.

Attending the 8-week Mindful Self-Compassion class offered exercises around core values and helped me create a list of my own. A regular re-reading (and tweaking) of that list helps strengthen the presence of my core values so that when the winds do blow, I can find them easily. And the Affectionate Breathing practice helps me notice when my mind wanders so that I can gently return my attention to the present moment – which strengthens my basic gyroscopic muscles.

Stormy winds that blow me off center do so by taking advantage of my tendencies to cling to (some stormy winds feel positive) or resist the winds. As I’ve watched myself in mindfulness practice, I’ve noticed that I instinctively react to each gust of wind with either attraction or aversion, either trying to hold on or push away. Either response means I’m tying myself to the way the wind blows, and that is what gives the wind its power to push me around. That clinging is also, of course, based on the false hope that I can control the wind, something that’s ever-changing and, well, impermanent.

There is a group of mindfulness practices called Open Awareness or Choiceless Awareness that help me specifically cultivate an awareness of the impermanence of things. I find that these practices makes it easier for me to let go of the wind so that I become more used to simply allowing the gusts to ebb and flow.

My best days are the days I somehow balance moving through life purposefully without my plans getting in the way of meeting life as it is. These days seem to happen the more I incorporate my mindfulness practices into living – trying, in effect, to turn everything I do into a practice.

There’s a delightful story about the Dalai Lama (a true story, although my memory may get the details wrong) that I heard a while back that illustrates this same equanimity Salzberg speaks of in her article:

At his residence-in-exile in India, the Dalai Lama was with a group of religious leaders talking about the role of religion in life and how religions could come together around common values like compassion. Heady stuff. Then the door opened and an aide brought in a refugee from Tibet who, escaping persecution, had just arrived after a long and difficult journey over the Tibetan mountains.

The gentle wind of philosophy. The piercing wind of suffering. The same Dalai Lama. That’s equanimity.